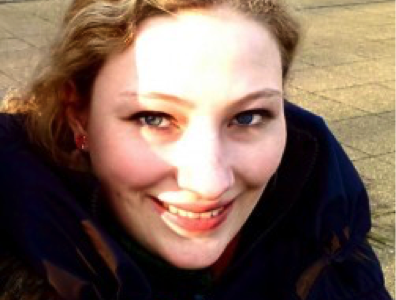 The weather in Munich is good. The parks and bathing lakes are tempting people outside. Medical student Marlene Heckl could be enjoying the weather, but she is standing in a hall in front of about 120 seventh graders. The budding doctor founded an Education Against Tobacco program at LMU (Ludwig Maximilian University) well over a year ago. In her free time, she is often on the way to school classes to teach about smoking, together with about 30 Munich classmates. Why did Marlene want to take on more responsibility alongside her time-consuming studies?

‘I am involved in EAT because I think it’s a very meaningful project to warn school children as early as possible about the dangers of smoking. The idea is not to wag your finger at them, saying ‘Smoking is bad’, but to try and talk to them in a fun way – a result of the small age gap – about the consequences to their health, so that they can make their own decision, independent of outside influences like advertising by the tobacco industry or peer pressure. Only someone’s who’s well informed can develop their own opinion on the subject. I really enjoy working with children, because you can see the success of working together with young people straight away. As medical students, almost all of us have seen the effects of smoking on patients at the clinic. With a small preventative measure like the class visits, we hope to protect school children from such fates. We can consider it a success when, after our seminar, even one child declined if they were offered a cigarette because they thought about the patient with COPD using breathing apparatus.’

What has been the reaction of your friends and acquaintances to your involvement so far?

‘The reactions of my classmates and teachers and schoolchildren have been entirely positive so far. The teachers thanked us effusively after the seminars, gave us chocolate and invited us to come back again next year. The children have always been very active and interested: there hasn’t been a seminar that someone found boring, or where no one spoke. And it has also been a really special experience for our school mentors, who have in some cases stood up on their own in front of a class for the first time and have been able to teach students with fun and without the pressure of grades.’

What has been the biggest challenge on the project so far?

‘A big challenge for me was when, following a seminar, a girl came up to me and told me about the fact that her father, a chain smoker, had recently died from lung cancer. She had already caught my eye, because she was unbelievably well informed and was able to contribute something to every topic we discussed. She then asked me what she could do, so that her mother, who by her own account was still a heavy smoker despite numerous attempts to give up, didn’t die soon as well. I found the situation very sad and could only tell her how sorry I was, and say that her mother should try to give up cigarettes again with professional help for her sake. I also told her that she should go to the doctor regularly and for preventative check-ups.’

‘As a big city, Munich has a very big problem with smokers – even among 14 and 15 year old school children. What we have found out from our school visits so far, is that we’re often asked about new trends (like smoking shisha, for example), which perhaps develop or establish themselves more quickly here. Other than that, there is of course a huge range of schools and we want to take the next round of seminars not just into grammar schools, but also into middle schools and perhaps also in more vocational high schools – we suspect that starting smoking early is even more of a problem there.’

‘Mecum Mentor is the mentoring program of the Faculty of Medicine at the LMU Munich. It’s aim is to make it possible to set up meetings and to better connect the members of the Faculty of Medicine, whether they’re in their first semester, are research colleagues and emeriti, or established doctors. On top of that, the mentors support motivated medical students in setting up innovative projects in the faculty, as well as educational research projects. Linked to that last point, we brought Mecum Mentor in with our founding in 2013 so that we could reach more medical students and make it easier to organize our meetings at the university. It’s not just organizational support that we receive though – some members of our founding team have also been able to take part in workshops on topics such as team building and project management, which has really helped us in planning our school visits and in relating to our school mentors.’

What are your other plans for EAT in Munich?

‘Of course we want to grow: to have more school mentors as support, so that we can make more visits to school and also to try and get EAT Munich onto the curriculum as an elective module for medical students at LMU or TU (Technical University) Munich.’

Thank you very much for the interview.

About the person: Marlene Heckl (22) is in her fifth semester studying medicine at TU Munich. Thanks to her achievements, the gifted student is supported by the scholarship programs of the Robert Bosch Foundation, Siemens Health Care and e-fellows.