Manuel, what motivates you to found the project in your home country?

“For many years now, our country has turned against tobacco. In 2005, the first implementations of anti-tobacco begun with policies banning smoking in public spaces. This first law was followed by several others that have been gradually implemented by the health ministry and the national government which led to that our country is currently in international trial process with Phillip Morris International who sued our country alleging a violation of the bilateral investment treaty between Switzerland and Uruguay.

In frame of this struggle that our country has been having for many years is that we feel the need, as medical students, to contribute to this cause. IFMSA-Uruguay is currently planning several actions to take and as part of national efforts we decided to found Eduaction Against Tobacco.”

How is the smoking prevalence amog adolescents and adults in your country?

Why do you think medical students can have an impact?

“Medical students have the skills needed to be good health educators, they have great communication skills and the appropriate scientific background to transmit the knowledge that this project aims to instill in adolescents.

We believe we can generate a positive impact in this fight we conceive is alarming given the compelling features of smoking as a disease of public health. Moreover, we believe that continuing education provides a magnificent way to form, inform and prevent this dependence, so we can collaborate from this network to continue reducing smoking prevalence.” 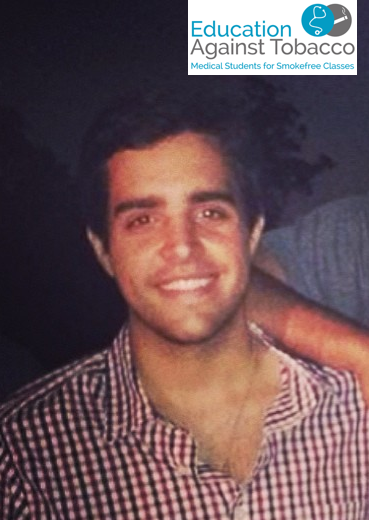