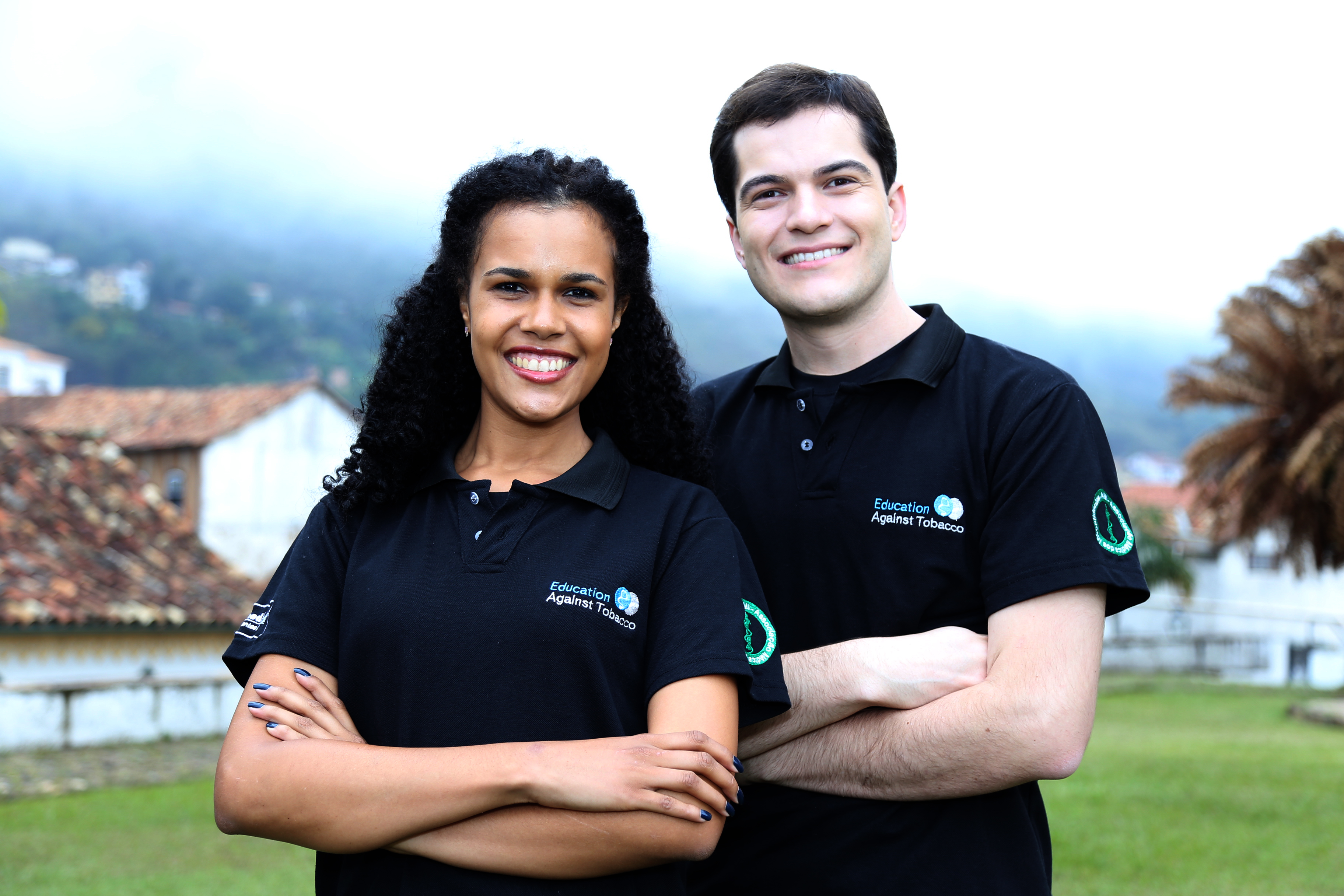 Over a year ago, EAT was launched in Brazil by students at the Federal University of Ouro Preto (UFOP). So far the project has been fully implemented in Ouro Preto and many other universities around the country are joining the EAT team in Brazil and are about to start interventions on them own.

This year, EAT-Brazil has decided to go overseas and share all their material with other Portuguese-speaking countries, a project that is being overlooked by 6th year medical student Rayanna Pereira.

Our interview with Rayanna, who is the EAT Coordinator in Portuguese-speaking Countries, follows below.

Rayanna, how did you get involved in this project?

“I have been following EAT activities at my university (UFOP) for quite some time now and have always planned to join the team when possible. At the beginning of this year, the opportunity finally came around.

The coordination of EAT-Brazil realised that all their effort to translate the EAT material to Portuguese could be of help to other Portuguese-speaking countries around the world and I was invited to work on this, becoming then the Coordinator of Expansion to Portuguese Speaking Countries.”

How did you get in touch with students in these countries?

“A few years ago, while doing a clerkship at the Tropical Medicine Foundation in Manaus, I met Dr. Nandi Rodrigues, a physician from Guiné-Bissau that was taking her internal medicine residency in Portugal, and she has been key to this whole process.

After getting this EAT position, I immediately got in touch with her and she put me in contact with people at Portugal, Guiné-Bissau, and Angola. After some talking, I managed to find students that were interested in implementing EAT activities in their home universities.”

What is the progress so far?

“Portugal was our first goal and I was able to get everything started in one university in particular at Lisbon: NOVA Medical School. The students there were really excited about EAT and recognised the importance of the project for their country.

There were so many people interested in it that we had to organise a selection process in NOVA Medical School. In the end, we got a great group and they are already spreading EAT to other universities in Portugal and planning their first intervention in local schools.

In Angola and Guiné-Bissau, I just found some students interested in starting EAT and I am still explaining to them how the project works and what are the first steps to be taken.”

How will EAT activities be different in these countries?

“It all depends on the smoking habits in each of these countries. In Brazil, about 16% of men and 11% of women smoke, which is below world average for men but above it for women, and the smoking habit usually begins very early, between 10 and 16 years old. Taking that in mind, our interventions are made with students between these ages and are very focused on the impact of tobacco on the female body.

But this is obviously not the reality in all Portuguese-speaking countries. São Tomé and Príncipe already has a very low consumption of tobacco, with less than 7% of men and 2% of women smoking. In Timor-Leste, however, over 60% of men smoke compared to only 3,4% of women.

EAT teams created in these countries will have to consider all these peculiarities to make their interventions as effective as possible.”

How are you directly related to the EAT activities in these countries?

“We (from EAT-Brazil) are the reference point for these new teams, providing all of our material and helping them in what they need. After supervising the EAT implementation in these countries, I constantly instigate them to become progressively independent, trying to encourage them to permanently establish EAT-Portugal, EAT-Angola, EAT-Guiné-Bissau and so on.

Since the activities in Brazil have been so successful, I am able to use our EAT-Brazil experience to supervise this implementation process and make sure these countries follow EAT’s modus operandis, so they can be considered part of EAT and be accredited for the interventions.”

What are the plans for the future?

“Well, there are still many Portuguese-speaking countries to get in touch with and I do believe we are going to be able to cover all of them in a near future.

In the meantime, I’ll keep overlooking the activities of the teams already being formed in Portugal, Angola, and Guiné-Bissau countries until they are fully active and capable of continuing things on their own.”

Are you a med student from a Portuguese-speaking country? If you are interested in starting EAT activities in your country get in touch with Rayanna (rayanna.mosp@gmail.com) from EAT-Brazil and check here our interview with the first EAT group in Portugal.