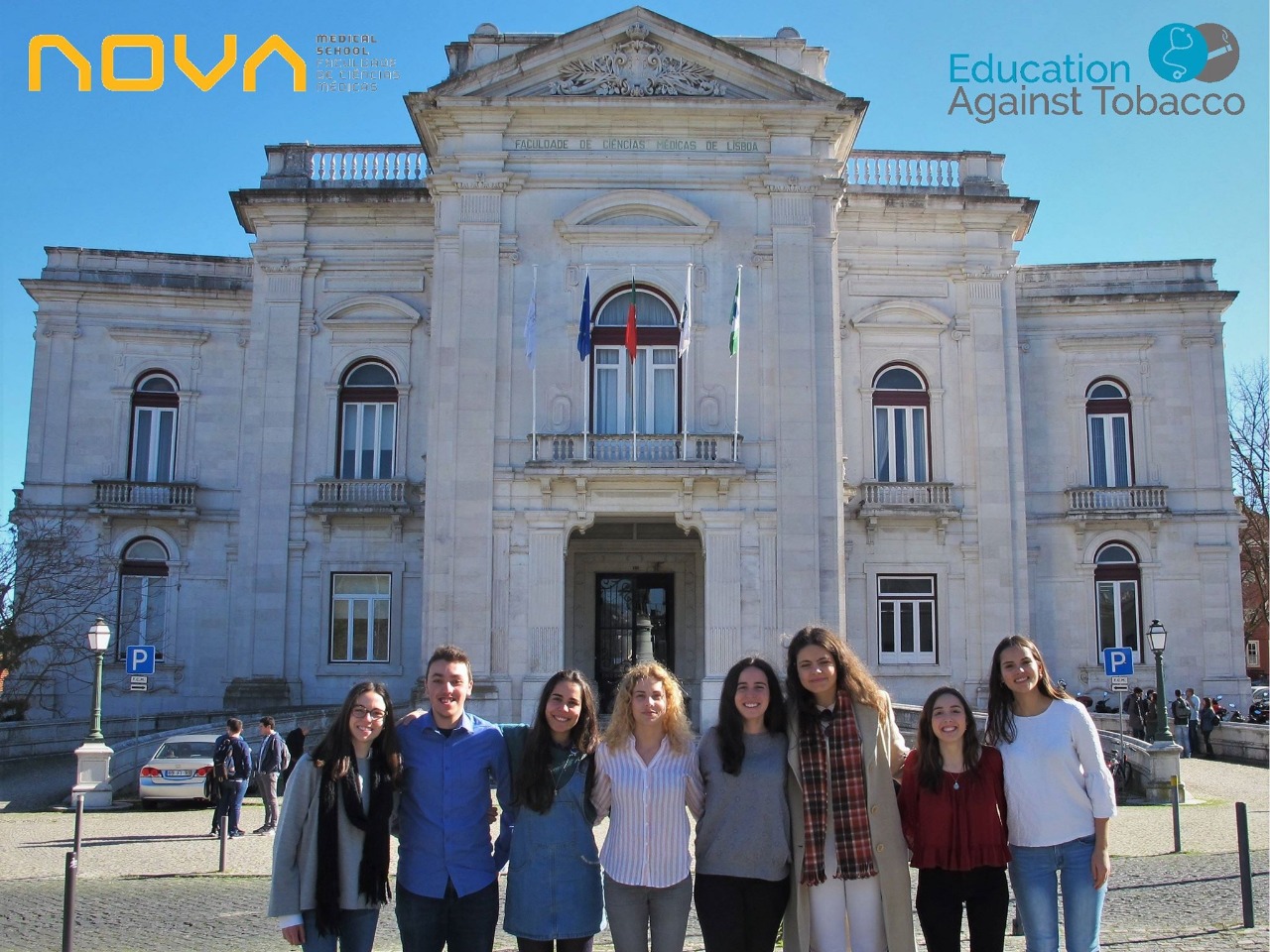 The EAT-Portugal group at NOVA Medical School has come a long way since its beginning in 2017.

This was the first EAT group to be formed in Portugal as an expansion of the EAT-Brazil project to other Portuguese-speaking countries.

Starting with only 6 members, and after plenty of hard work, in October 2017 they were already doing interventions with young people aged 12 to 18 in schools of the district of Lisbon. The group counted with a lot of support from Professor António Bugalho, a Pneumologist (MD, MSc, PhD) who took interest in this initiative and helped adapting all materials to Portugal’s reality when it comes to smoking.

Since then, the group has grown bigger and bigger, starting with the addition of 2 new members to what would become the organising core group. After that, 9 collaborators were added as well, to keep up with the demand for interventions. This organisation system has made it easier to progress and focus on the next step – expansion to other medical schools in Portugal.

2018 is looking like a bright and busy year for this EAT group.

You can keep up with their latest developments by clicking here to see their facebook page.